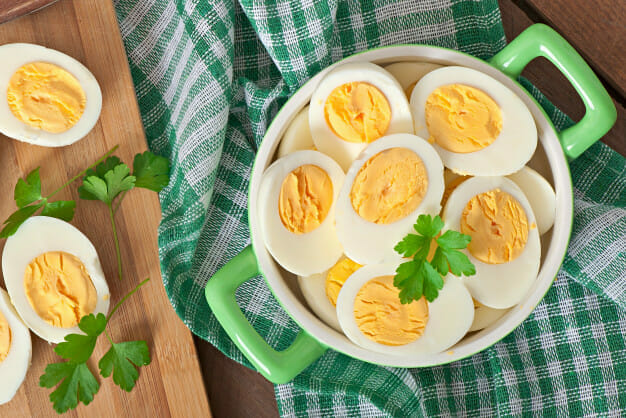 A medium-boiled egg that is not completely firm yet the yolk is not running makes a perfect breakfast.

Although many people have microwaves in their kitchen, they are reluctant to use them for boiling eggs due to the fear of an explosion.

Luckily, the detailed guide below explains how you can boil eggs in a microwave oven without an explosion.

When you want to hard or soft boil eggs, ensure there are no cracks on the shell.

Cracks make the white and yolk leak out and destroy the chances of ending up with perfectly cooked eggs. Before boiling the eggs, ensure they are at room temperature to avoid getting cracks.

Also read: Can We Roast Chicken in Microwave Oven?

Boil water in the microwave

Put water in a microwavable container and add a tablespoon of salt and vinegar, making the eggs easier to peel and preventing cracking.

Place the water in the microwave for it to boil. Ensure you put sufficient water to submerge the eggs you are boiling fully, with at least 2.5cm clearance at the top.

Heating the water before submerging the eggs minimizes the dangers of shell explosion. Use an oven omit or a cloth to get the boiling water out of the microwave.

Use any clean object with a sharp point, such as a thumbtack or a paper clip, to pierce the thin end of the eggshell.

To break the membrane positioned below the surface of the shell, ensure you pierce deep enough.

On the thinner end of the eggshell, make sure you make several holes because the egg solidifies as it cooks and blocks the holes.

Also read: Can I Cook Pizza in Microwave Oven?

Put the eggs in the boiling water

In an upright position, submerge the eggs carefully in the boiling water to prevent the holes from leaking. To prevent the eggs from breaking and bumping on each other while cooking, ensure you have a large enough container

Hard-boiling an egg takes around 5-6 minutes, but you can significantly reduce this time if you prefer a softer egg or your microwave has a higher power rating.

Even if you have taken the precaution measures, you should leave the room as the eggs cook because an explosion can occur.

Run cold water on the egg

Remove the egg from the microwave once it is ready. To stop the cooking process, hold it under cold running water. Using a spoon to remove the shell, cut it and enjoy.

Also read: What is Microwave Oven Used For?

In conclusion, when boiling eggs in a microwave, many people fail to inspect whether their eggs have cracks. Also, some don’t use microwavable containers that are big enough to prevent the eggs from bumping on each other, and as a result, the risks of explosion become high.

However, following the above procedure will help you avoid the common mistakes people make, and you will finally have better results. 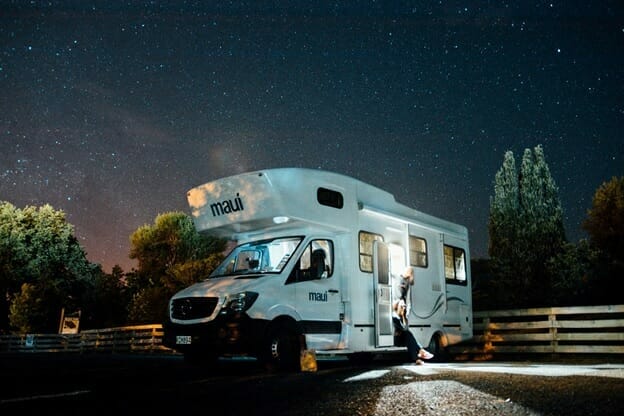 Table of Contents Campervan Electrics GuideBasics of the Motorhome ElectricsMotorhome Solar Camping GeneratorsCampervan InverterConclusion Most of the new campervan owners do not know much about its electrical system. So, don’t worry if you are also confused. Here, we will discuss all the points that can help. What electrics do I need for my campervan? Do… 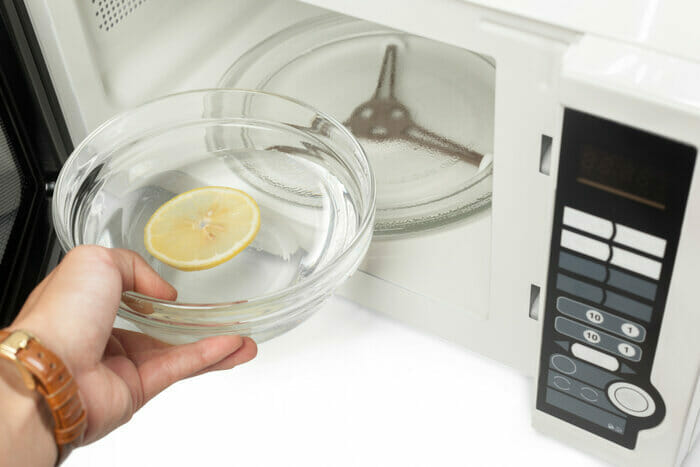 Repairing a microwave could be expensive. Modern microwaves are pocket friendly. Still, none of the replacement parts comes for free. But, you can solve most of the problem with this kitchen appliance without any external help. For instance, if the microwave turntable not turning smoothly or it’s not spinning at all, then you can quickly… 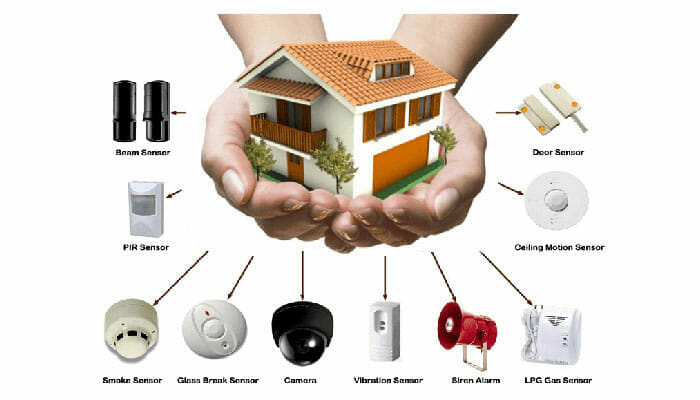 GSM home alarm system operates through the global system of mobile communications. You need to insert a sim card and power on the alarm system. Once the security device detects an intrusion, it uses the cellular network to dial one number from pre-stored contacts. It might call or send a text message depending upon the… 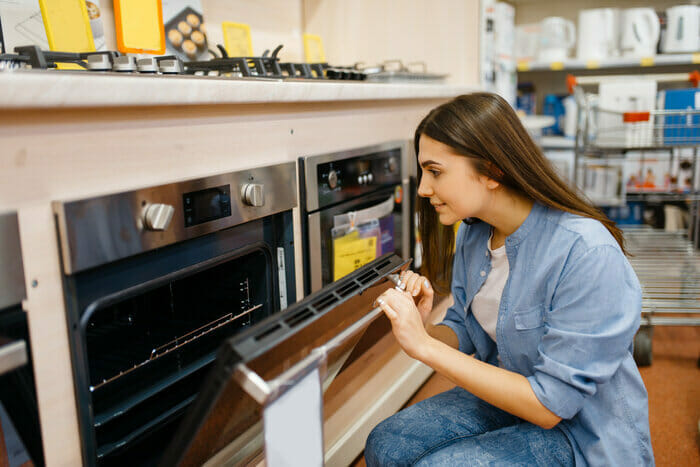 Table of Contents How To Determine Microwave Oven Size?Different Sizes of Microwave OvensMicrowave Oven Types and Their sizesHow to Choose the Right Size of a Microwave Oven? While looking for a new microwave, it’s crucial to know the size. After knowing the dimensions, you can easily understand what plates and containers the appliance can accommodate…. 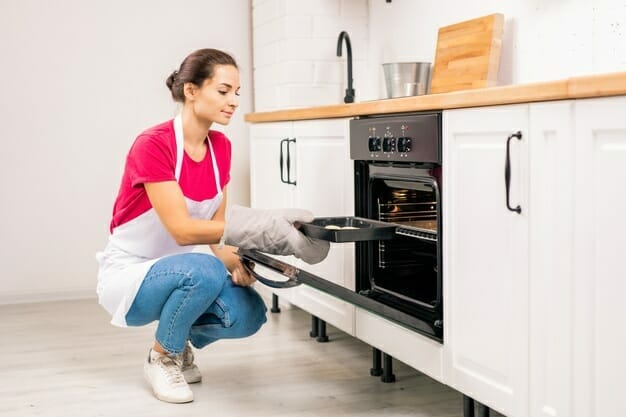 Table of Contents How Do You Make Microwave CookiesPreheat the Microwave OvenAvoid Using Metal PansSet the Cooking Duration Without a microwave oven, a modern kitchen appears incomplete. People do use a microwave oven for baking and cooking since it simplifies both processes significantly. Traditional cooking methods consume a lot of time, whereas time is a… 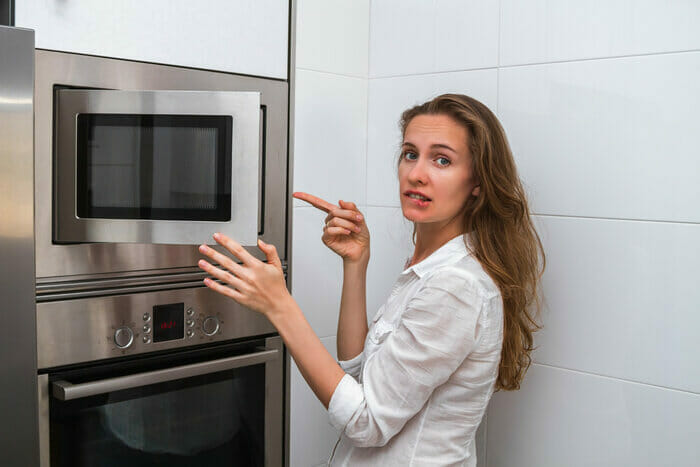 Microwave is not an essential kitchen appliance, but it makes things easier for you. Are we right? It’s the reason why around 93 per cent household in the UK owns a microwave. Microwaves are the best appliance when you want to reheat your meal. However, if you use the microwave only to heat the eatables,…

We use cookies to ensure that we give you the best experience on our website. If you continue to use this site we will assume that you are happy with it.Ok